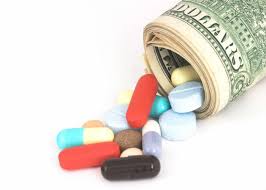 Fundamental to a biotech company's success is the degree to which they effectively partner with large pharmaceutical companies to advance their drug candidates and to raise funds. In the process of finding a partner and negotiating an agreement, a central question arises: What is my drug candidate worth?

The complexity of valuing a drug candidate for a partnering deal can vary. If it has completed a Phase II program, a drug candidate has a more defined product profile and can be valued using, in part, market research and physician interviews.

But earlier drug candidates can be more difficult to value because of the uncertainty of ever-changing market conditions and regulatory requirements, the high risk of technical failure, and the challenge of long, future development timelines.

Valuation methods exist for these early drug candidates, but they are all imperfect, and at the end of the day -  the value of your project will ultimately be what someone is willing to pay for it. What a partner is willing to pay for your drug candidate will most likely be based on how well they understand the opportunity, how well it fits with their portfolio of drugs and strategy, and the amount of competition for it. Like you, they will use some basic valuation methods to shape their estimate of value.

However, before any valuation methods are used, some fundamental questions that drive the inputs of modeling should be addressed. The answers to these questions can form the basis for your valuation.

As with any asset, there are several basic valuation methods: 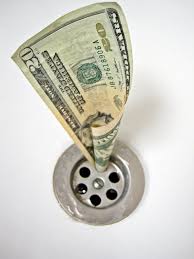 The simplest method for deriving a base value for your asset is to estimate sunk costs, or the costs that have already been incurred. It might be the sum of the NIH grants, patent costs, or research that you’ve invested. Historically, sunk costs are seen as the value if you were paid with a one-time fee. Your costs (with some profit) are recovered in the deal.

However, sunk costs are an imperfect valuation method because a partner may not be willing to pay for what they perceive was waste on your part. On the other hand, you may feel that your asset is a rare find and therefore much more valuable than it cost to develop. Sunk costs can be a good starting point, but almost never adequately justify deal value.

The replacement cost model is the classic “Make vs. Buy” decision that business schools teach. What would it cost a pharmaceutical company to replicate your drug? Generally, the cost to replicate is calculated using historical average costs in drug development by stage.

However, replacement costs often fail to consider the cost of diverting money from other opportunities and, most importantly, the value of the time required to replicate the opportunity. That time can dramatically affect the profile needed to compete in a dynamic marketplace. Like sunk costs, replacement costs are an imperfect method for determining value, but they can help you get to a ballpark number. 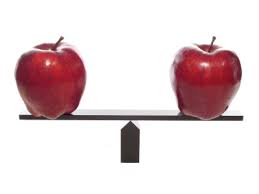 Along with Net Present Value, comparables are among the most commonly used valuation methods. When appraising a home, an appraiser looks at recently sold similar homes in comparable neighborhoods. The same method can be used for assigning value to your drug candidate.

A comparable project is a project with similar market potential, with similar risk, and at a similar stage of development. Sometimes that’s difficult to find, such as when everyone else has apples, and you’ve got oranges. If that’s the case, you may have to look at average values for deals at a similar stage or, averages over a range of deals somewhat similar to yours.

None of these valuation methods are rock solid on their own; however, when used in combination, they can paint a fairly accurate picture of drug value.

For a more in-depth look at early drug candidate valuation methods you can download our white paper, “Valuation of Your Early Drug Candidate” by Linda Pullan of Pullan Consulting.