The coronavirus (COVID-19) has impacted just about everything, including the global M&A market. In a short period of time, businesses of all types have been forced to either shutter their doors or significantly cut back on operations. Millions of employees have been laid off or furloughed and consumer spending has been drastically reduced. Supply chains have been disrupted and shelter-in-place orders have greatly reduced the demand for gasoline and other energy resources.

The M&A climate has endured past economic challenges, but this time things are a little different. The pandemic is not just affecting the financial system in general, the valuation of sellers and the eagerness of buyers to get deals done, but on a whole host of other factors. 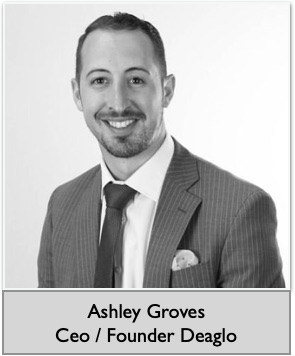 ShareVault: Why has the dollar strengthened so dramatically in recent months and how has the stronger dollar affected the foreign investment process?

Ashley Groves: Through a combination of the unwinding of the carry trade and the Federal Reserve Board (FED) creating a United Stated Dollar (USD) denominated swap lines with more central banks, the USD has established itself firmly as the world's safe haven currency. When the pandemic raged across the globe, currencies were crushed as much as 35%, with the only the Swiss franc (CHF) and Japanese yen (JPY) holding their own against the dollar.

This means 3 things for investors:

Here are some interesting factoids:

SV: What are some examples of how currency could affect the pre-deal valuation of an international deal?

AG: Outside of currency volatility changing the assets sticker price, I would be most worried about US companies that have foreign revenues or foreign companies that have substantial USD costs. Their cost of goods sold will be dramatically affected along with their foreign subsidiary profit margins. We are also unsure about how severe the effects on economic growth will actually be.

SV: In respects to planning for another currency move, whose responsibility is it to handle the currency exchange/clause during negotiation?

AG: In my experience, Foreign Exchange (FX) is the proverbial buck that is passed from person to person. Obviously, both parties have an interest in fixing the rate and working off of that. Usually, it is solely on the acquirer, however, it may make sense for the seller to fix their own rate should they have any foreign liabilities or owners.

SV: Can you give us any examples of how FX has derailed a cross-border transaction?

AG: I was recently involved in what seemed to be a relatively straightforward deal. It was a deal where US dollars were going towards a UK-based company that had lending in three different currencies. Because of that it started to have a lot of logistical challenges, one being that we were going in the opposite direction of time. By the time you could have an eight-thirty or nine o'clock all-hands closing call and begin the process of wiring money, the UK and Europe were already well into their day. There was a need to get money to various lenders in various currencies and get their releases so that the rest of the dollars could flow. Those dollars were flowing both to US and multiple currency accounts. We had both the cost exchange rate being charged for those issues and the risk that if it didn't close that day, you'd roll into the next day, and then who would bear the risk of that? All of those elements became quite a challenge.

I recommend to my clients that they open a multi-currency account for each Special Purpose Vehicle (SPV). This streamlines the pooling of international investor capital and allows investors to stay in local currency before deployment. The cost to actually move funds from one currency to another can be surprisingly expensive. I’ve seen it as low as a couple of bps to 100bps! Often these accounts are set up at the very last minute with no means for comparison. At that point you’re at the whim of the banker’s pricing.

Another benefit of the multi-currency account is basket hedging. We see basket hedging as a way of diversifying FX risk from one currency pair by holding a collection of multiple currencies that move independently of one another. It’s extremely cheap to place and requires no extra collateral.

SV: Are there any useful tools that can be used to handle FX risk during a cross border transaction?

Forward Contracts can be used to hedge the close, however they are inflexible and the holder could potentially lock in a hefty loss should the deal not occur and the base currency strengthen.

FX Options are extremely expensive right now due to the volatility in both currency markets and interest rates but do offer both upside and downside protection.

Deal Contingent Hedging are structured products that are designed to minimize foreign exchange fluctuations but come with the caveat that they can be voided should the deal not be completed. These have had a lot of press recently. For example, Apollo’s 4.1B acquisition of a UK packing company failed leaving five investment banks on the hook for the foreign exchange. Luckily for them, the contract moved in their favor and they actually took home a windfall. However, the surprise of the failure sent shockwaves through the banking world and I’d expect that the sale of these products going forward will be closely monitored and probably more expensive or harder to do due diligence on.