The theoretical metrics of company valuations are well known: compare similar public companies, review precedent M&A transactions and throw in a discounted cash flow (DCF) model for good measure. Then how does this theoretical valuation model account for Facebook's acquisition of WhatsApp in 2014 for $19 billion when WhatsApp had $20 million in revenue, a 950x revenue multiple? Why is Airbnb worth $31 billion, which is more than Hilton at $27 billion. Why is Uber worth $72 billion, which is more than GM at $58 billion?

Metcalfe's Law and the Network Effect 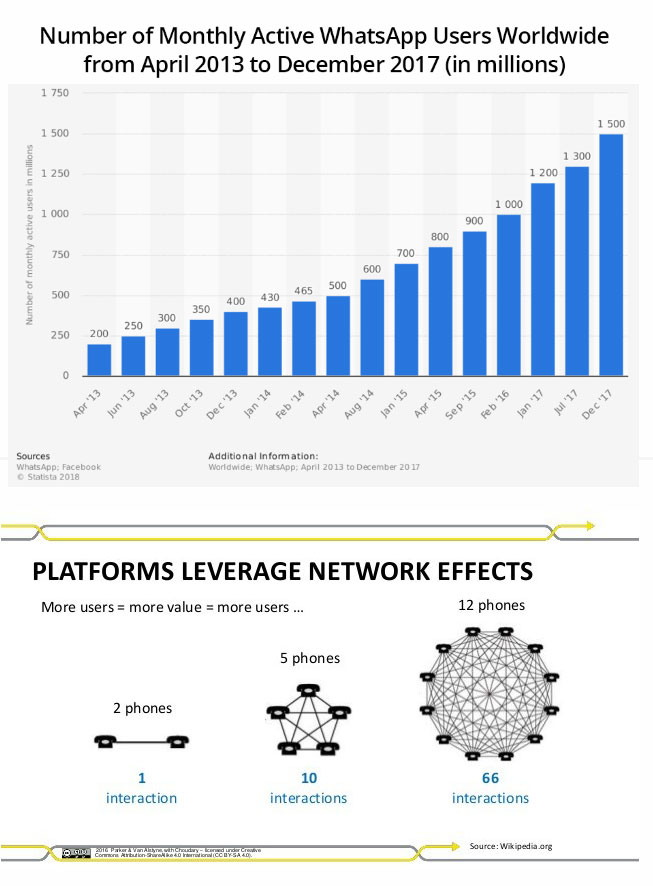 Metcalfe's law states the effect of a telecommunications network is proportional to the square of the number of connected users of the system. Metcalfe's law characterizes many of the network effects of communication technologies and networks such as the Internet and social networking. The network effect is certainly a major contributor to the valuations of the WhatsApp, Airbnb and Uber's of this world.

WhatsApp, Airbnb and Uber are also "global category killers", winners in their categories on a global basis. For example, Uber has an impressive 118 active Uber cities in Brazil alone. https://uberestimator.com/cities

Global category killers need to raise massive rounds to expand rapidly. Uber has raised $21.7B to date. Category killers are in a race around the globe for dominance on a city-by-city basis.

II. Determining the Valuation for Non-Unicorns

However, 99% of technology companies will not become unicorns. It is not enough then to state that a company will become the next "Uber" in X category. A valuation has to be justified, reasonable and defensible. A blind wish, such as "I always thought my company should be worth at least triple digits" is not enough. This is a nice sentiment shared by many, but it will not pass muster when the acquisition of the company is presented at the board level of the multibillion dollar buyer and a board member asks the internal corporate champion how he justifies the valuation. If he cannot justify the valuation other than say it will be the next Uber in X category, the acquisition will not obtain board approval.

Typically, as mentioned above, the valuation is determined by the average of comparable public companies, i.e. similar public companies trading in the public markets, and precedent transactions, i.e. similar private companies being acquired. In the tech sector, revenue multiples rule, although it is useful to also look at EBITDA multiples for highly profitable companies. Revenue and EBITDA are usually measured on a latest twelve month (LTM) basis from the date of a transaction closing. A DCF model is also useful, although one change in the discount rate can decrease or increase the valuation drastically, so DCF is of limited utility.

Traditional valuation metrics can be modified for the seller's benefit, such as measuring revenue on a forward basis, e.g. for the year 2018, even though a transaction closes in September 2018. If the company has a Software as a Service (SaaS) product, the forecasted revenues for the year 2018 can be measured with some precision. Public companies are traded on forward revenue multiples every day.

You Get What You Ask For, However...

I had a CEO hire me since I found one precedent transaction with a revenue multiple of 14x. I explained to the CEO that the average of 10 comparable companies and 10 precedent transactions was 5x revenue, but he insisted on asking for 14x revenue. The buyer at the table was desperate to acquire the technology and I sold the company for 14x revenue. The board often just needs one valuation metric to approve an indispensable transaction. 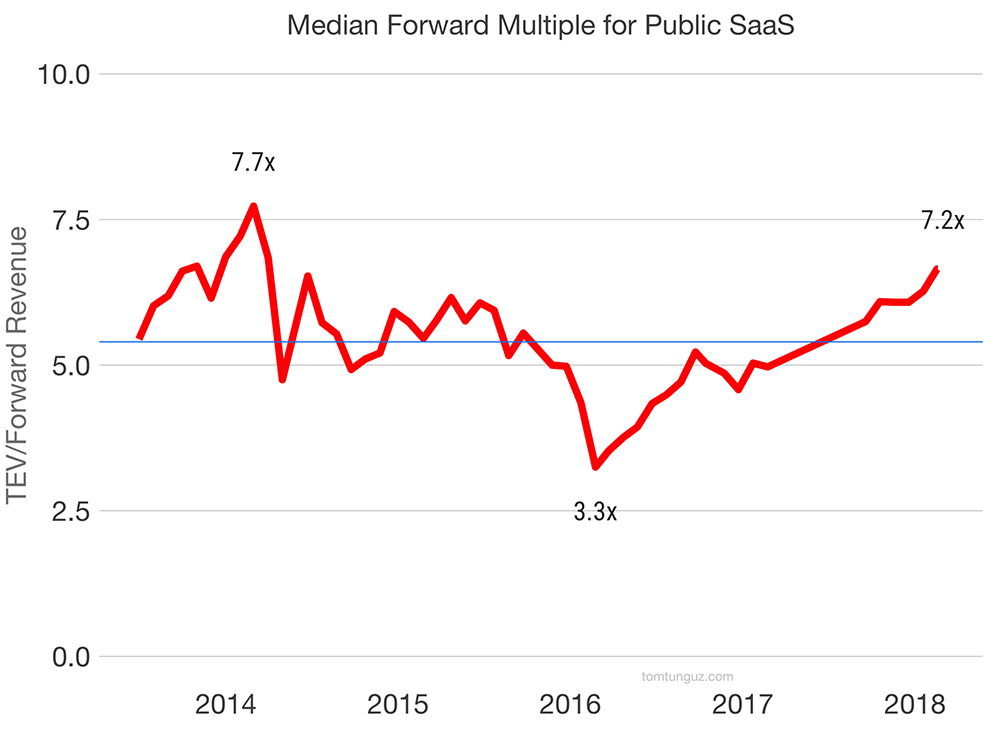 However, be aware that every $1 increase in valuation will decrease the chance of a transaction being approved. Just because Microsoft currently has $144 billion in cash sitting on its balance sheet, does not mean it will overpay for an acquisition. The buyer's corporate champion has to justify the valuation to multiple stakeholders at the buyer, not the least of which is the Board of Directors. If the corporate champion is perceived to have over paid for an acquisition, he could lose his job.

Early stage valuations are challenging because the revenue is minimal and thus comparable companies and precedent transactions are not as useful. A vast majority of the value of an early stage company is in the future. One valuation method for early stage companies is to set the M&A valuation at last venture capital round and add a control premium on top. It is also helpful to analyze how much has been invested in R&D. Buyers will often consider a build versus buy scenario and the R&D investment can be critical in this analysis.

In early stage valuations, be careful with the revenue forecast. The first 6 months should be conservative since the Board of Directors at the buyer will inevitably ask if the company is on track to achieve its forecast. If the seller is 5% below its revenue forecast, expect the price to be cut by 10%, since the seller has not proven itself to be a reliable forecaster. If a public company misses its earning forecast by 5%, the stock price goes down by 10% as well.

It is important to establish the valuation early in the negotiating process to make sure the buyer and the seller are in the same ballpark. Do not spend a lot of time negotiating other terms and conditions if the valuation is not locked down.

Developing a justifiable, reasonable and defensible valuation for negotiations with a buyer is critical for the seller. Not all technology companies will be unicorns, but selling a company for a healthy valuation is a rare event and can be very beneficial for a founder in the long run. A founder can stay with the buyer for a successful corporate career. A founder can stay on as a consultant and then retire comfortably when the consulting contract has run its course. Or a founder can start his next company and, with a successful M&A exit under his belt, the investors will be calling the founder to invest in his latest company, the founder will not have to call the investors.

To learn more from Ben Boissevain on the topic of demystify the valuation methodologies used for tech companies, access the recording below.