Bispecific Antibodies: Are Two Really Better Than One?

Bispecific Antibodies: Are Two Really Better Than One? 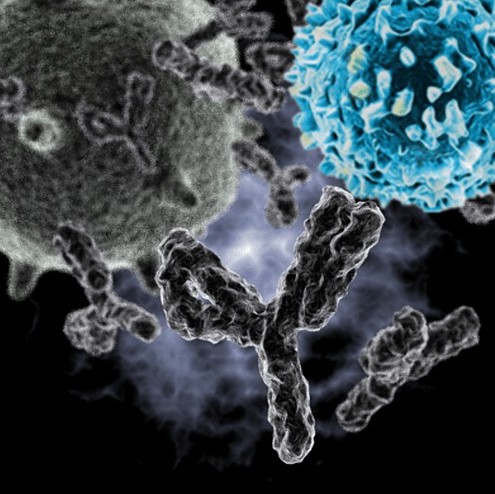 Antibodies are a well-established and rapidly growing drug class with dozens of antibody-based products currently marketed for imaging or therapy in the US and in Europe. The major clinical and commercial success with antibody therapeutics has fueled much interest in developing next-generation antibody drugs, including bispecific antibodies. As their name implies, bispecific antibodies (bsAbs) combine target recognition of two (or more) different antigens or epitopes. BsAbs with ‘two-target’ or ‘multi-target’ functionality can interfere with multiple surface receptors or ligands associated, for example, with cancer, proliferation or inflammatory processes. BsAbs can also place targets into close proximity, either to support protein complex formation on one cell or to trigger contacts between cells. But we also use the term bispecifics for multi-target proteins that are not immunoglobulins.

Over the past two decades, protein and gene engineering has resulted in a range of recombinant bispecific antibody formats, with over 50 different formats now available. This has revolutionized the development of bsAb for therapeutic and diagnostic applications, enabling researchers to adjust the size, valency, flexibility, half-life, and biodistribution of bsAb to fit the desired target–product profile.

Today, it appears that bsAbs are poised to be the next wave of antibody-based therapies for cancer and inflammatory disease. To find out more about the potential of bispecific antibodies and the challenges that remain, ShareVault, in partnership with Linda Pullan, PhD, of Pullan Consulting, has assembled a panel of six industry experts to discuss what’s already in the market, what’s in the clinic, and what we can expect to see in the future.

In advance of the web panel discussion, we sat down with Linda Pullan to learn a little more about bispecifics and what you can expect to learn from the discussion.

ShareVault: For quite some time we’ve been hearing how hot immuno-oncology and gene and cell therapies are. Now bispecifics are hot. Why the hype?

Linda Pullan: The interesting thing about bispecifics is that it can fit into immuno-oncology, but it can also fit into traditional oncology, and increasingly inside autoimmune and inflammation programs. One of the bispecifics we refer to is BiTES, which is a method of T-cell engagement, so it's bringing T-cells to the target, such as EGFR. In that example, it is defined as immuno-oncology, because it’s bringing the immune cell to the target. But bispecifics also fit into traditional oncology, such as the work Genentech has done with Her2 and Her3 on the same antibody. A third bispecific use is actually tweaking the recognition site of both arms of the antibody such that they bind to either Her2 or Her3. 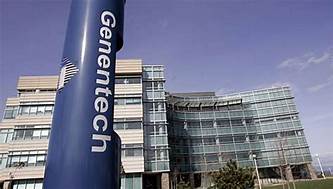 It is a fascinating field because conceptually it’s quite simple, but mechanically it can be quite complex. Antibodies have evolved over millions of years. They’re very stable and predictable, so it can be difficult to force two things into a single molecule. It’s taken decades of experimentation, but today we’re definitely seeing results.

SV: Are all large pharma looking at bispecifics or are some still sitting on the fence?

LP: I would say all large pharma is making some effort in bispecifics. I’m not aware of anyone who isn’t. That’s not the case for gene and cell therapy. That’s likely because bispecifics more closely resemble traditional products, both in terms of structure and in terms of business models, than gene and cell therapies. This is one of the real phenomenons of bispecifics. With cell therapy you take cells from the patient, you process them, and then you give them back to the patient. That makes it much more like a hospital procedure, like a surgery, than like a drug. Bispecifics provide the promise of affecting multiple things like the cell therapy does, but without it being like a hospital procedure. It’s more like a product in a bottle. So I think pharma has been very quick to get into bispecifics and relatively slow to get into cell therapy.

SV: Do bispecifics represent a therapy that’s curative in the same way that a cell therapy does? Does it require ongoing treatments?

LP: In theory, it could, but the data is much less established that that might be true. Cell therapy shook the world with its ability to provide one-time, curative treatments. Bispecifics as a whole don’t have that same track record.

SV: But bispecifics represent a nicer business model in many ways.

SV: What are the key challenges that bispecifics are facing? 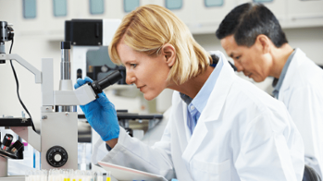 LP: The key challenge is being able to design and predict which structures will work. How many structures do we have to make before we can determine that this is the best we can do. We have all sorts of paradigms for screening small molecules in order to identify the best possible drug candidate, but we’ve had to create processes to identify the best structure for a bispecific. That’s unmapped territory. We’re taking complex measurements of two functions. We have to determine if we can assay two functions simultaneously or if it’s better to assay them separately. If our aim is to find EGFR and drag T-Cells to the tumor we need to be able to track the activity and movement of the T-Cells in order to understand the binding and the ratio of the two things. There’s a lot of variables that require a lot of exploration. And, it’s fairly new science. It’s coming along pretty nicely, but it’s still a young field.

SV: Are there therapies that are leading the charge right now?

LP: The most advanced progress has been in liquid tumors. Partially that’s due to that being a very accessible compartment of the body for the antibody-like structures to get to. Liquid tumors are accessible for biopsies and sampling and tracking, but there are also some fundamental limitations, as there are in CAR-T with the selectivity and specificity of targets. Most solid tumor targets are shared with normal tissue so there are virtually no tumor-specific targets. Most of the proteins that we think of as tumor targets are also present in normal tissues at lower levels. What makes liquid tumors special is that you can have a loss of all the circulating cells because you have bone marrow that generates new cells on a pretty rapid basis. We don’t have that same kind of reserve of cells with solid tumor markers. So, if you kill off a tissue like the heart, there’s no reservoir to replace them.

SV: Are there tradeoffs with bispecifics? 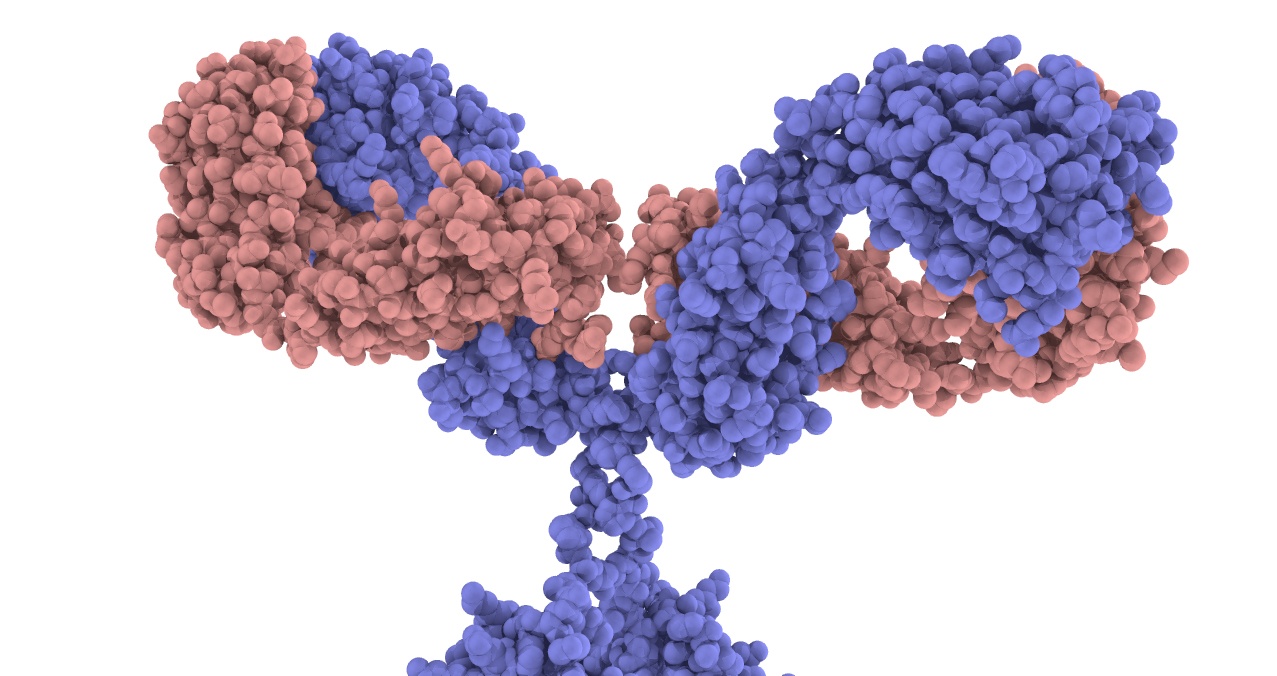 LP: I think we have to ask ourselves if it’s better to have two activities in one molecule, which presumably reduces the cost of goods but also gives you less freedom and flexibility in how you use those two activities. If you have a single activity in two separate molecules you can stop one if there’s toxicity, you can dose for a different duration, and you can have them at different ratios in order to tailor them for different people. If those activities are built into a single molecule that flexibility goes away. So there’s a tradeoff between being cost-effective, but also less flexible. That’s a really important topic for how the world receives bispecifics.

There’s also the question of whether bispecifics can achieve as much as can be achieved with cell therapy? Cell therapy is more complex in its biology than bispecifics because there are all sorts of genetic regulation occurring on the cells and they're moving through space in different ways. Bispecifics have the advantage of better understanding than cell therapy, but cell therapy may have an advantage of biological evolution of a complexity we don’t fully understand.

SV: So are these competitive solutions?

SV: Is there any sense yet to what the response rate will be?

LP: That’s an interesting question. I think the response rates in cell therapy has set the bar high. One might be able to make the argument that because we understand bispecifics better we should be able to select patients better and therefore get higher response rates. Still, it’s a lot to understand. It’s hard to understand with one target and one drug. Now we’re putting at least two targets in there and trying to understand who will have the best response rate.

And, as this field gets more crowded we have to wonder if there are going to be enough patients to recruit for these ever fragmented patient populations. If we slice and dice the world of oncology into ever smaller subsets, will there be patients enough to run the clinical trials? Is there enough space for all of these players, and how will a small biotech create enough excitement around their bispecific to convince someone that this is the one they should pay attention to?

SV: What are some key take aways that our viewers can expect?

LP: I think small biotechs will get an overall impression of the challenges of partnering on bispecifics and the kind of data they will need to generate. What are the key questions pharma will have and will they find the answers in their data? That’s the most important thing they’ll learn. It’s always hard for small biotechs to be thinking that far ahead. When they start out they’re focused on the challenges of whether they can make one of these molecules. Pharma is focused on whether the small biotech can prove that the molecule is superior and that it can compete in the marketplace. The small biotech should always be thinking ahead to that conversation.

We’re also seeing a lot of interest from large pharma. Large pharma tends to have specialists across many domains, so they have a lot of people with specialist expertise, but not necessarily in bispecifics. They may be business development folks or researchers who haven’t played in bispecifics but may have a desire to broaden their perspectives by tapping the more expert folks that we have on our panel.

I think everyone can look forward to getting a synthesis on bispecifics from the confluence of the different perspectives we’ve brought together—from scientists, from protein engineers, and from people with market perspective. I think we’ll get insights into what the field looks like today and insights into how impactful it’s going to be in the future. That’s really the benefit of bringing together diverse viewpoints and diverse companies and getting to ask those questions.

To request your copy of the aforementioned web panel discussion, click here.